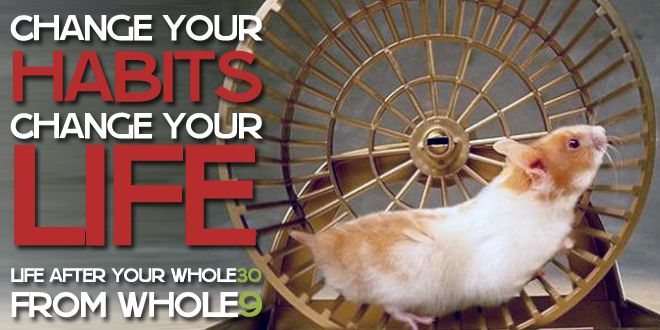 Change Your Habits, Part 1: The Cue

Today’s post comes as a result of the habit research we’ve been doing for It Starts With Food, and a plea for help on our Whole30 Facebook page. Tamra, a valued and longstanding member of our Whole30 community, wrote: “I am having such a hard time riding my own bike! I keep falling off onto chocolate bars or landing face-first in ice cream – gross ice cream that gave me a headache! I’m okay when I’ve got my training wheels, Dallas and Melissa (i.e. the Whole30 rules), but not okay when the wheels are off. This is not a new problem – I’ve followed the Whole9 Guide to Nutritional Off-Roading, but I have some sort of override going on… help!”


While the Whole30 is the best tool for breaking persistent cravings and reestablishing a healthy relationship with food, the habits behind your cravings and behavior are stubborn, and not easily overwritten. For some, one trip through the Whole30 is enough to change those patterns – for others, changing habits requires far more persistence, attention and effort. And understanding what’s behind a habit is the first step.

Your Habits, In Three Steps

a behavior pattern acquired by frequent repetition or physiologic exposure that shows itself in regularity or increased facility of performance; an acquired mode of behavior that has become nearly or completely involuntary.

According to The Power of Habit author Charles Duhigg, habits are learned behaviors performed automatically. Once a habit is formed, the brain stops fully participating in decision-making, leading to automatically unfolding patterns.

Duhigg reports that there is a simple three-part loop at the core of every habit: the cue, the routine, and the reward.

Today, we’re going to focus on the cue.

Tamra seems unable to stop herself from repeating her food-related habits, despite the fact that she doesn’t want to keep falling face-first into ice cream. Clearly, there are cues in Tamra’s environment and psychological status that continue to prompt the routine (eat less healthy food) to provide the desired reward.

Sometimes, cues are easy to identify and change. For example, if every time you drive home from work, you pass an In-and-Out burger and crave a double-double animal style, well, that cue is pretty easy to spot. See the fast food sign, crave a burger. Easy to identify, and ever easier to change – drive home via different route! However, most cues are far more subtle than that, making them impossible to spot, and impossible to target for change. Awareness is your money-maker here, but that often requires some formal detective work and structure.

The key to identifying your cues lies in a simple notebook. Journaling your behavior is the fastest way to spot hidden trends – if you know what you’re looking for. (Simply writing, “Somehow, I managed to eat four cookies and a Snickers bar today” isn’t super helpful in preventing future routines.)

Duhigg explains that almost all habitual cues fit into one of five categories:


The next time the urge hits to eat the cookie or scoop out some ice cream, take a minute to jot down your five things. It doesn’t matter whether you actually succumb to the cue or not – the point is to identify the circumstances that preceded your unwanted routine. Do this for at least one week, religiously. The larger your data set, the easier it will be to spot trends, so if your cravings are sporadic, you may need to continue for a bit longer. Then, analyze your results.

Do you only crave at home, in the evening? Are you always angry or stressed when the cravings hit? Are you always alone, or does it only happen when your spouse is eating too? Does the act of putting the kids to bed trigger the need for a “treat?” Tease out the hidden trends, because one or more of those factors are what is driving your undesired routine. Once you’ve identified your cues, it’s far easier to create a plan to change your routines – and still achieve the same desired reward.

Have you been struggling with riding your own bike after your Whole30? It’s time for some homework. First, identify one (just one, you overachievers) habit that you want to break in the coming month. (Cop to said habit in comments, because we’re pretty sure you’re not alone.) Two, diligently follow the outlined cue awareness plan for at least one week.

In the meantime, we’ll get to work on a post explaining how to identify the rewards that come from your routines – a critical factor in changing your habits, and changing your life. (And yes, at some point, we’ll discuss how to actually change the unwanted routine – and how to create a new, healthy habit that sticks! One thing at a time, people.)

For more reading on this subject, pick up The Power of Habit, by Charles Duhigg, and Dr. Emily Deans Context and the Stages of Change. 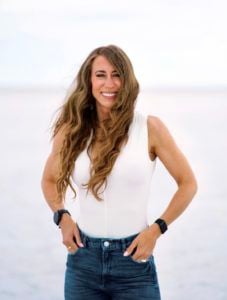