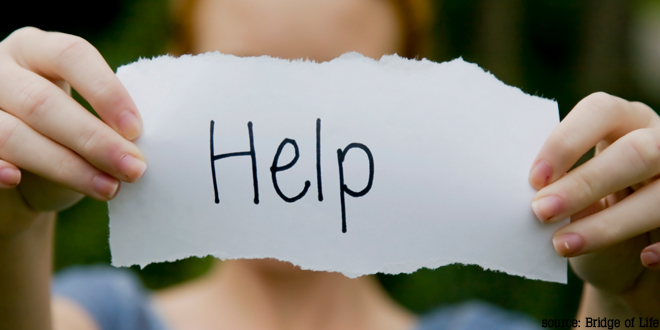 The Whole30 and Depression

Today, we’re featuring a very personal story – a testimonial that we believe will resonate with so many readers for both the topic and the struggle. Depression affects 15 million American adults, and affects women twice as often as men. […]

Today, we’re featuring a very personal story – a testimonial that we believe will resonate with so many readers for both the topic and the struggle. Depression affects 15 million American adults, and affects women twice as often as men.  In fact, as many as 1 in 8 women suffer from clinical depression.  Depression is also known to weaken the immune system, making the body more susceptible to other medical conditions – creating a vicious cycle of depression and illness.  Some estimate that by the year 2020, depression will be the 2nd most common health problem in the world.

Despite the number affected by clinical depression, many people just don’t want to talk about their condition.  In one recent survey, 43% of adults wouldn’t even talk to their primary care physician about their feelings or symptoms. Why is there such a stigma related to clinical depression?  Many cited embarrassment or fear of “losing face” as their main reason for keeping quiet about their condition.  Others worry about privacy and losing emotional control.  Some are worried about being referred to a psychiatrist or being treated with medication.  And finally, many people don’t want to talk about depression because they think they should be able to handle it on their own, or don’t want to burden others.

Jane F. was brave enough to send us her story of depression and the Whole30 (although she requested we not use photos with her write-up).  Jane wrote, “People just tend to get weird around the topic of depression, so I prefer to keep public discussions about mine to a minimum.”  We are grateful to Jane for sharing her story, and hope to use her testimonial to bring this condition out into the light.

We are sure there are other readers who are also suffering quietly, and hope Jane’s story brings hope, and the motivation to share your story with someone – anyone – and seek the treatment you need.  And perhaps, one step in that comprehensive treatment plan includes a short-term healthy eating jump-start like the Whole30.

It’s August 31 and I’ve just completed my Whole30.  At the end of July I was depressed and exhausted and told my husband that I was going to do this “weird diet” and if that didn’t help then I would be going to a doctor. I really didn’t want to take medication, but when you wake up from a nap wondering how long it is before you can reasonably take another one, it’s time to acknowledge that you need some help.

I was afraid of doing the Whole30 – I thought I was going to be curled up in the fetal position weeping for toast.  But I told myself that I couldn’t feel any worse on the diet than I felt off of it, so I should give it a try.  I also found myself wondering if I would be able to do it – and then I thought: “Whether you complete this isn’t something you discover, it’s something you decide.”  And I decided I would do it.

You know what comes next:

I hadn’t been exercising much – just walking a lot and riding my bike – but I’ve been accomplishing tasks with little trouble. (Translation: I’m no longer completely demoralized by getting a couple of emails.) Some more interesting stuff:

I won’t be going to the doctor right now because things are getting better.  However, my attitude toward seeking help has changed.  In July, asking for medical help seemed like the end of the road – I would just be on drugs forever.  Now, I can look at my life and health more clearly.  Although not everything is under my control – you don’t get rid of a lifetime’s tendency toward depression in a month – I am more of an active agent in my health, rather than a passive sufferer.  And if I do choose  seek medical help, it will be a proactive move after considering all my options.

Thank you so much for the program!

The Whole30 and Depression

Now, we’re not doctors, and we’re not promising that the Whole30 will magically cure depression.  But there are a lot of links between food choices and clinical depression, and many people have reported an improvement in symptoms after implementing a Whole30-style healthy eating program.  Dr. Emily Deans has written extensively on diet and depression, and Robb Wolf recently posted his own testimonial on the subject.  So while we can’t promise any miracles, we think eating well and taking good care of your body (and your immune system) through diet is a great place to start.

If you or a loved one has suffered (or recovered) from depression, share your experience with us in comments.  We encourage your participation in our community (even anonymously), and believe that you never know who you might inspire or help by sharing a bit of yourself here.

For more information about depression, visit one of these helpful sources:

PBS.org, “Depression, Out of the Shadows: <http://www.pbs.org/wgbh/takeonestep/depression/pdf/dep_stats.pdf>