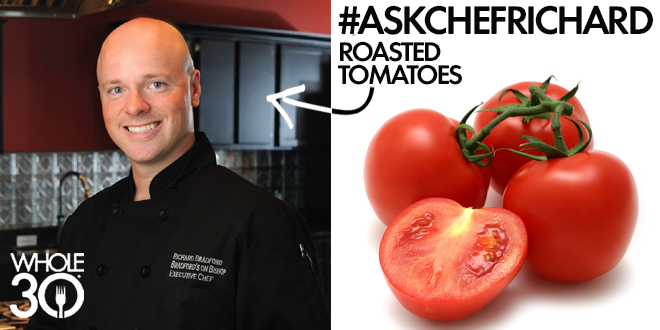 Today we are excited to introduce a new resource for our Whole30 community; a video series from Chef Richard Bradford, creator of the recipes in The Whole30 and owner of Whole30 Approved Pre-Made Paleo.

The Whole30 features more than 100 delicious, simple recipes for your Whole30 journey (and beyond). We worked hard to make sure the instructions for our recipes were clearly laid out and simple to follow, but if you’re new to cooking or a vegetable newbie, you may still have questions. Which way do you cut your squash in half, lengthwise or around the middle? How crowded can your roasting pan get before things start to steam instead of roast? Do you leave the tomato tops on, or slice them off?

Because eating a wide variety of vegetables is the most important part of your Whole30 meal plan, and roasting them is scientifically proven to be the most delicious (really), we figured we’d start here. In this series of short videos, Chef Richard will be demonstrating roasting techniques for many of the vegetables found on page 167 of The Whole30, based on what’s in season, delicious, and available from your local farmers market or CSA.

And as a bonus, Chef Richard will also be answering your veggie FAQs and sharing recipes specific to that week’s vegetable. (See below for how to submit your Whole30-related food, cooking, or grocery shopping question to Chef Richard!)

Roasted Tomatoes, from The Whole30

All About Tomatoes, with Chef Richard

Tomatoes seem to run the gamut from mushy to really firm. What should I look for?

Tomatoes should be shiny, slightly firm, and heavy for their size (which indicates a denser fruit content–more “meat” inside).  Steer clear of blemishes, as they will accelerate spoiling.  (Blemishes are specifically bruises, not the discolored splits often seen in heirloom tomatoes.) Rock-hard tomatoes are not ripe at all and will be lacking in flavor.

What is the best way to properly cut and serve a raw tomato?

Here are four of my go-to methods, after removing the stems: Slice (for serving on a burger); cut into a large chunk or dice (to use in a scramble or salad); slice into half-moons (excellent for roasting); or cut to a half-moon and remove the seeds, leaving only outer tomato “fillets.” All of these work great topped with a drizzle of olive oil, sea salt, and fresh pepper.

Should I remove the seeds?

When in season (during the summer months), tomatoes get ripe throughout, so the seeded area is every bit as tasty as the rest of the flesh. Sometimes an out-of-season tomato will be mealy and grainy, with white unripe flesh. In this case, cut away the seeded area using the technique described on page 318 of The Whole30.

Which is the best way to slice it? Mine always seem to end up a mushy mess.

The key is to use a very sharp serrated knife. Their scalloped edge helps the knife make clean cuts every time, and won’t smash the delicate flesh like a straight knife edge can.

What are your best tips for storage?

First, it’s worth the effort to find the perfect balance of firmness and ripeness in your tomatoes,  remembering that they continue to ripen after they are picked. If they need to be ripened after purchase, place them in a dish with other fruit, or inside a brown paper bag. The gas given off by the tomatoes (ethylene) helps them ripen, and placing them in a confined area works more efficiently.

That said, your kitchen counter is likely not a perfect storage temperature (50-70 degrees), and is not a good long-term environment to store tomatoes. Uncut tomatoes also get mealy when stored in a refrigerator. It is best to buy what you plan on using within a day or two, but if you cut tomatoes and have to store them, the crisper drawer in your fridge your best bet.

Can I buy fresh tomatoes and then freeze them?

Yes! If you have the storage space and you want to buy a bunch of peak-season tomatoes for year-round sauces, then freeze them (whole) in plastic resealable bags, removing as much air as possible from the bag before sealing. This works much like canning.

PREPARE roasted tomatoes according to instructions in video.

REMOVE tomatoes from oven.  Let cool for 5 minutes.  Spoon pesto onto each and serve or refrigerate.  Served warm or chilled.

HEAT a dry skillet over medium-high heat. When the pan is hot (sprinkle some water on the dry pan—if it sizzles, it’s hot), add the walnuts in a single layer and stir or shake frequently until lightly browned, about 2 minutes.

STORE in the refrigerator for up to 2 to 3 days, or freeze in ice cube trays (see technique on page 000). 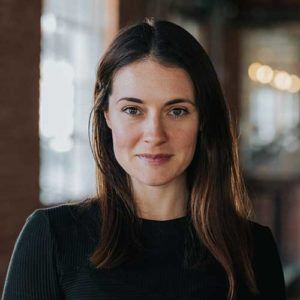