Below, you’ll find up-to-date information on all Whole30 Program clarifications and updates.

January 2022: MSG is acceptable during your Whole30

Whole30 CEO Melissa Urban is always evaluating the Whole30 rules against the current science, our clinical experience, and our learnings. The bottom line? There is a lack of verifiable science to back up claims that MSG is the cause of negative health symptoms. And, there is very compelling evidence that “Chinese Restaurant Syndrome” is rooted in racism and xenophobia. That’s why we will no longer specify MSG as off-limits in the Whole30 program rules, effective immediately. This announcement ties together current science and historical learnings with our diversity, equity, and inclusion values. It’s the right call for the program and our Whole30 community.

January 2021: Peas made an exception to “no legumes”

While technically a legume, over the last eleven years, we’ve rarely (if ever) seen peas present problems upon reintroduction. Most varieties of peas are lower in FODMAPs and phytates than other forms of legumes, and pea protein is considered a hypoallergenic protein source by functional medicine doctors. Upon consulting with an advisory group of medical doctors and registered dietitians, we concluded there was no scientific or clinical standing to continue to eliminate peas as part of your Whole30, and made the decision to allow all forms of green, yellow, and split peas back into the program.

October 2019: Botanical extracts made an exception to “no alcohol”

Botanical extracts (like vanilla, blueberry, or cinnamon extract) are made by placing a raw material such as vanilla beans in alcohol and water. This extracts elements from the raw material into the liquid mixture to give you ‘vanilla extract’. Extracts are the purest form of flavoring, and the closest thing to real food. While botanical extracts generally contain a high percentage of alcohol, they are “non-potable,” meaning they’re not something you’d drink. Also, the alcohol in extracts is always distilled, rendering it gluten-free. While the Whole30 requires eliminating all forms of alcohol, this worthy exception allows you to consume products that use botanical extracts to preserve products and flavor beverages.

April 2017: No store-bought chips of any nature

When the program was first created, there weren’t a wide variety of hyperpalatable veggie chips available. Sure, you could eat potato chips, but plantain chips, pork rinds, and cassava tortilla chips simply didn’t exist. Over the last few years, the variety of technically compatible store-bought chips has exploded, and we noticed Whole30’ers consuming bag upon bag of deep-fried plantain chips, thinking they were a “healthier” option than potato chips. Because these are still foods with no brakes, we made a rule change eliminating any store-bought chips for 30 days. We instead encouraged people to make their own at home by baking, pan-frying, air-frying, or roasting your own plantains or potatoes.

The explosion of coconut aminos as a soy sauce substitute (and the fact that different brands list their ingredients as “coconut sap,” coconut nectar,” or “coconut syrup” interchangeably) set Melissa off on a month’s worth of research. What was the difference, and how were aminos made? After consulting with several experts in the manufacturing process, we decided to make all aminos an exception to the “no added sugar” rule, even if “nectar” or “syrup” are listed in the ingredients. While coconut blossom “nectar” can become a sugar source, coconut aminos themselves are clearly not a sugar substitute.

White potatoes were originally eliminated due to concerns over people limiting the variety of their veggies (leaning too heavily on potatoes), or overconsuming highly processed and hyperpalatable forms like French fries or chips. But white potatoes are an accessible, nutrient-dense, whole food, and it was an easy call to bring them back into the Whole30 along with other starches and varieties of potatoes. They were added back into the program in 2014, with the exception of commercially-prepared fries or chips.

August 2014: Table salt made an exception to the “no added sugar” rule

This was an exception most people didn’t even think about! All iodized table salt contains a form of sugar (dextrose) to stabilize the added potassium iodide. It’s a chemically essential ingredient that’s included in a trace amount, so it doesn’t taste sweet. (No one consumes salt to satisfy a sugar craving!) Without this official exception, you’d never be able to eat pre-packaged or restaurant food, because they all use iodized (table) salt. We made this an official exception in 2014.

October 2011: Ghee/clarified butter made an exception to “no dairy”

While ghee and clarified butter are sourced from dairy, the clarification process removes nearly all of the milk solids. If someone has a dairy intolerance, it’s often to the sugar (lactose) or proteins (like casein) in the milk solids. Ghee might contain trace amounts of lactose or casein, but many Whole30 Approved ghees are certified lactose and casein-free. Unless a person has an allergy to lactose or casein, ghee is generally considered safe even for those who don’t tolerate lactose or casein well. 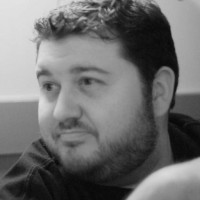