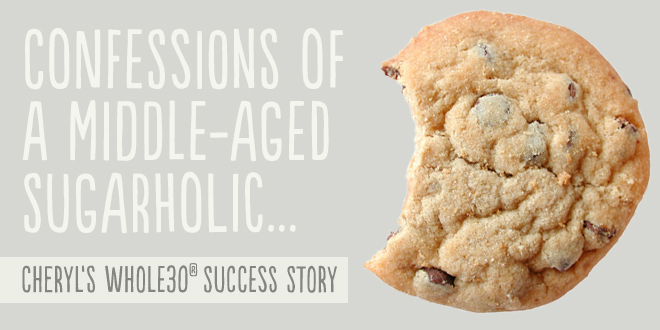 Note: We received the following success story from our Whole9 Seminar Team members Nick Kirkes and Rachel Miller who own Inner Strength Indy. Nick and Rachel have been using the Whole30® program to lead their gym members toward a healthier overall lifestyle – case-in-point, Cheryl, who is the mother of one the gym’s long time members (and up and coming coach) Emily Felton.

Cheryl’s Story In Her Own Words

My name is Cheryl and I am a 56-year-old preschool teacher.  As you can imagine, working all day with young children requires an abundance of energy. I would constantly find myself dragging home from work and just collapsing into the recliner for an hour or longer every day, eating whatever sugar-filled snacks were handy.

It seemed like ever since I turned 40 I had slowly started gaining weight each year, until I was now about 35 pounds overweight. This is quite substantial given the fact that I am only 4’11”. I assumed this was all just a part of the aging process and my slowing metabolism – normal stuff.

When my daughter, Emily, and I would go shopping together, I was always complaining about my feet hurting, and I never wanted to try on clothes because nothing looked good on me anymore. Emily and her husband began the paleo diet over a year ago and she was always telling me about all of its great health benefits and urging me to try it. I really didn’t understand everything about paleo, but I knew that it eliminated the sugars and treats that I craved and didn’t feel like I could live without.

Emily persisted, however, buying me It Starts With Food for Christmas. (I thought: Seriously? This is my Christmas present?) Finally, just to appease her, I agreed to do the Whole30 program beginning January 1st. In the back of my mind I was actually thinking that I would try it for a week or two just to pacify my daughter, but I became truly challenged, however, when my son said to me “Mom, you’ll never make 30 days. I give you a week, maybe two at the most”.

I decided right then that no matter what, I HAD to complete the full 30 days…then I could go back to my sugars and treats.

The first two weeks were such an abrupt change from my normal eating habits that I found myself mourning the loss of my treats and sugars. Meanwhile, my husband, who was not participating in the Whole30, was not too sure about all of this and was supplementing his meals with the not-so-healthy foods he had been used to eating. 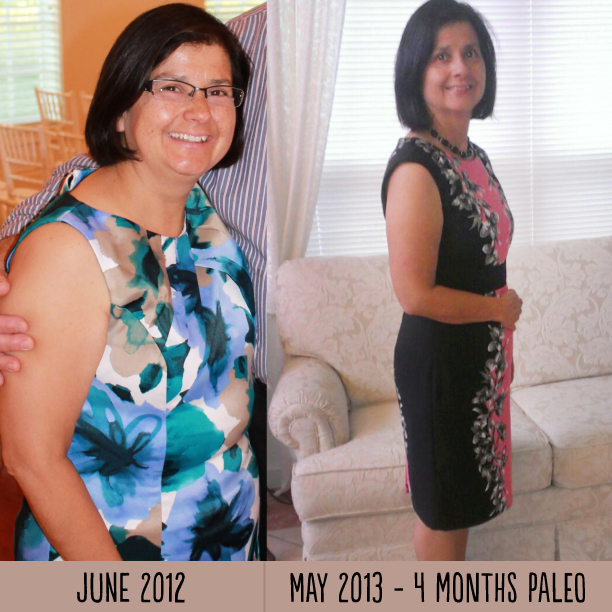 By the third week, however, my life began transforming! Instead of shuffling home from work and collapsing in exhaustion, I was now full of energy. I was hurrying home to go for 2 mile walks. For years I had had trouble sleeping, and many times had to rely on sleep aids, but suddenly I found myself drifting right off to sleep at night and waking feeling completely rested. Did I mention that on Day 21 we celebrated our 36th anniversary? Surprisingly, my husband, who normally loved to go out to eat, asked that I cook dinner because “nothing we could get in a restaurant would be as good as the food we’ve been eating”.

At the end of the 30 days my skin and hair were noticeably softer, and best of all my feet no longer hurt. Those benefits alone were enough to convince me that I wanted to continue eating this way. However, when I stepped on the scale and found I had lost 10 pounds in one month, well, that was the icing on the cake…so to speak.

It is now four months later and I am happy to say I am completely paleo. I have lost 35 pounds and now love trying on clothes since I’ve gone from size 14 to size 2! My coworkers are all running me down begging for information on my diet. I am constantly referring them to It Starts With Food, and several of them have started following the eating plan. And my Husband? Well, besides being my biggest advocate, he has also lost 30 pounds and has more energy than he has had in years.

I have only one regret about the Whole30…that I didn’t start it a year ago for my son’s wedding. I didn’t realize It Starts With Food would the best Christmas present I’ve ever received!

A Note From Cheryl’s Daughter, Emily

The two before pictures of my Mom I sent you guys were literally the only ones I could find that we had taken in the past 2 years because she never used to like to take pictures of herself. When I showed her the before and after photos of her side-by-side, she thought that I had edited the before photo. Even she couldn’t believe the difference! Also, my Mom and I are now planning on doing a 5k race together this summer. This was her idea, something she would never have suggested before. So proud of her!